Chucky was assembled today. Just need to fix the front braces tomorrow, and the wood work is done.

Check out the nails and the bolts… oh wait, there are none. Thats right, its all pegged.

“No man was ever more justly hanged.”
Nathaniel Hawthorne

Thought for the day., WOI | 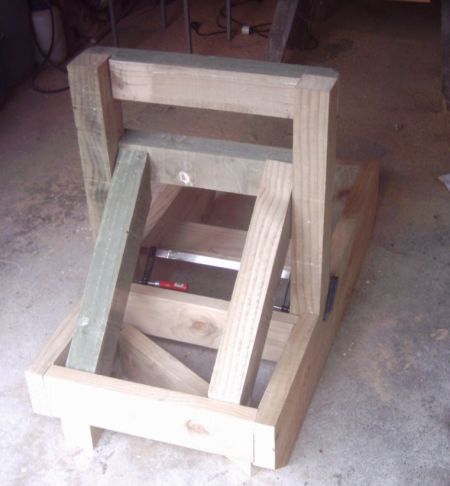 Chucky is a solidly built Capricorn, with a heart of pine. 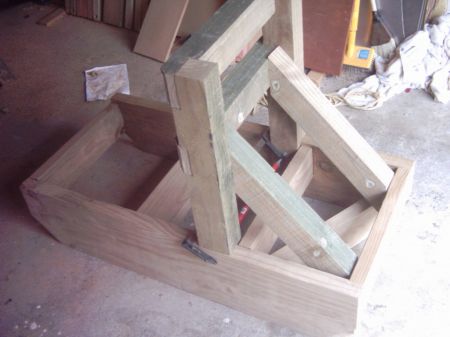 He doesn’t really go in for long walks on the beach – or even short ones.

He is, however, a keen bowler for anyone willing to face a 5 kg solid metal cricket ball.

You can meet Chucky at Harcourt Park in a couple of weeks time.

Claire Chitham and Aidee Walker having a cat fight in bikinis.

It really is Christmas.

There will be no further explaination.

Thought for the day.

The true magic of Christmas is that for two days nothing you eat has any calories.

So this is Chirstmas.

Eight minutes into it… not one damn pressie!

On Christmas Eve 1968 the crew of Apollo 8, after recieving the instruction “Say something appropriate” from mission control, transmitted the following message while in orbit about the moon…:

William A. Anders:
We are now approaching lunar sunrise. And, for all the people back on earth, the crew of Apollo 8 have a message that we would like to send to you.

Frank Borman:
And God said, Let the waters under the heaven be gathered together unto one place, and let the dry land appear: and it was so. And God called the dry land Earth; and the gathering together of the waters called he Seas: and God saw that it was good.

And from the crew of Apollo 8, we close, with good night, good luck, a Merry Christmas, and God bless all of you, all of you on the good earth. 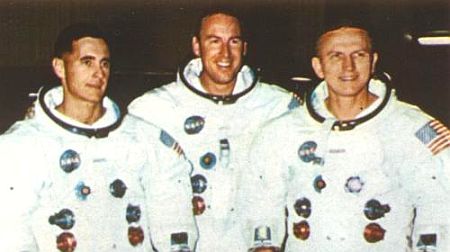 They were of course sued by Christian hater and serial suer Madilyn Murray O’hara, who habitually attacked anything daring to display faith in public. Personally, if the atheists want to decide what messages people can and can’t send from space, then they can damn well put their own manned space program together. I for one would be more than pleased to see a few of them strap a bomb thirty three stories high to their collective asses, and light the blue touch paper.

History tends to lean towards it looking like people of faith have been the ones to get us there.

The Supreme Court tossed the law suit and Time had this to say…:

It is clear that these days almost anything you do (at least if you’re a Christian or even just a westerner) can and will give offence to some minority. Or, more to the point, some bleeding-heart left-wing tree-hugging liberal white-guilt ridden self-appointed person, who is loudly and ostentatiously offended on their behalf.
Consequently, this post has been worked on over considerable time, and put together with the advice of experts in such a way as to ensure that no one will be accidentally offended by it.

And it came to pass in those days, that there went out a decree from Caesar Augustus that all the world should be taxed. (And this taxing was first made when Cyrenius was governor of Syria.)

And all went to be taxed, every one into his own city.
And Joseph also went up from Galilee, out of the city of Nazareth, into Judaea, unto the city of David, which is called Bethlehem; (because he was of the house and lineage of David:)
To be taxed with Mary his espoused wife, being great with child.
And so it was, that, while they were there, the days were accomplished that she should be delivered.
And she brought forth her firstborn son, and wrapped him in swaddling clothes, and laid him in a manger; because there was no room for them in the inn.
And there were in the same country shepherds abiding in the field, keeping watch over their flock by night.
And, lo, the angel of the Lord came upon them, and the glory of the Lord shone round about them: and they were sore afraid.
And the angel said unto them, Fear not: for, behold, I bring you good tidings of great joy, which shall be to all people.
For unto you is born this day in the city of David a Saviour, which is Christ the Lord.
And this shall be a sign unto you; Ye shall find the babe wrapped in swaddling clothes, lying in a manger.

And suddenly there was with the angel a multitude of the heavenly host praising God, and saying,
Glory to God in the highest, and on earth peace, good will toward men.
And it came to pass, as the angels were gone away from them into heaven, the shepherds said one to another, Let us now go even unto Bethlehem, and see this thing which is come to pass, which the Lord hath made known unto us.
And they came with haste, and found Mary, and Joseph, and the babe lying in a manger.

And when they had seen it, they made known abroad the saying which was told them concerning this child.
And all they that heard it wondered at those things which were told them by the shepherds.
But Mary kept all these things, and pondered them in her heart.
And the shepherds returned, glorifying and praising God for all the things that they had heard and seen, as it was told unto them.
And when eight days were accomplished for the circumcising of the child, his name was called JESUS, which was so named of the angel before he was conceived in the womb.

If by any reason you feel that this may have offended anyone, or, indeed, you yourself are offended by the imagery, the text, the message or even the sentiment, then please continue below.

END_OF_DOCUMENT_TOKEN_TO_BE_REPLACED

And that Corporal, is what we call treason.

A quick flip though the AFDA, and it looks like you’ve pinged a hefty handful of the biggies that it contains. Time of war blah blah information to the enemy blah blah conspire to blah blah direct material value value blah blah endangering lives of blah blah.

Care to guess what’s behind door gate #1 for you? 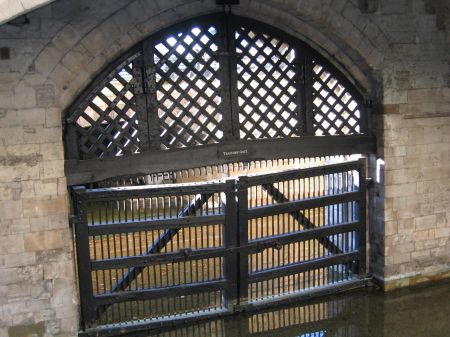 Don’t count on getting any discharge benefits, will you.

Note to DOD Staff: Try picking your staff with more of an interest in security, and less in the direction of being politically fucking correct. It’s a language, learn it, you don’t have to employ someone raised there. It’s crappy enough being in an army that will let you be put on trial for shooting back, but when your generals have the enemy on the daily orders distribution list, it can be down right bloody hairy.

What all the cool kids are getting for Christmas this year.

These are a new product from the Gnome Home range. I’m calling them Living Gnome Homes. The top of the stump is dished out and you put some potting mix and grass seed in, and within a few weeks you have a grassy roof.

Living Gnome Home kits will be available from the site soon, which will have the gnome home and instructions for making your own, or you can buy the completed stumps from the only outlet that has them – Home & Hozed in Masterton.

Stumps and a mounting service are available from Mathew at Pauatahanui Inlet Gardening Supplies.