Because I freaken can!

Yeah what he said! And what the hell is that bug ON? 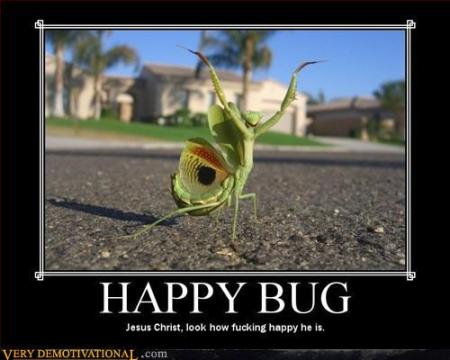 Maybe he just saw some hippies getting theirs…

Oh it gets worse, he turns into Jack Bauer the human Tornainbow! (Yes its a word!.. now) 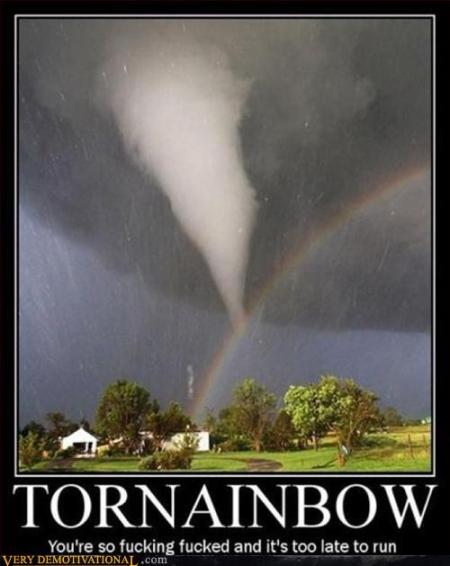 Because its always worked so well before.

In fact the results have consistantly shown that when you pay your enemy conditions improve.

Way to fund terrorism you fuckwits.

Ok this is actually important.

Is there anyone in Palmerston North or the surounding area who has a car with a tow bar or a van I can borrow this weekend. the person whose van I was borrowing decided he need to use it and didn’t mention this till I went to pick it up. This is making my move just a smidge difficult.

Drop me a line.

UPDATE: No more calls please, I am now suffering the indignity and future tauting that comes with being rescued by the navy. [sigh]

This just in from NIWA… 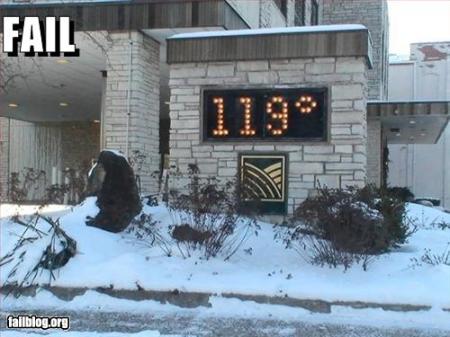 Be careful what questions you ask least people tell you what they think. No doubt Obama will let us know that USA today is not a real news agency anyway so it doesn’t count.

In recognition of Prince William’s visit to New Zealand as the offical representative of his grandmother HMTQ everything I write today will end with “God Save the Queen”.

That it really pisses off republicans and cardigan wearing socialists is meerly a happy by product. And for you Americans looking at me funny, don’t MAKE us burn your captial again because dammit we will if we have to.

God Save the Queen

Question for the staff of Silent Running

Anyone able to share with me why google adds have suddenly appeared on my site?

COIN is not the answer

My on going war with the COINdinistas continues at Small Wars Journal.

a lot of wishful thinking and western myopia going on here.

the variables you list for explaining that yemen is a “tough nut” are actually opportunities.. at least for the strategic minded.

while the sheiks are important.. the sheiks can also be easily influenced by the locals “perceptions” of outsider help. going in and throwing around cash can easily make the sheiks look like western pawns and discredit them.

we didn’t need to turn ourselves in to warrior nations to defeat the nazis.. we conducted an industrial war.. finished the business and demobilized not just our military but our national will. we could, if we had courageous enough leadership, mobilize again as an industrial war nation (imagine 15% of the US on active duty), wipe out the threat in the middle east, and come home and demobilize. we have always been successful when we take these steps.. failed otherwise. the author seems to miss this point.

Stunningly, the author says “China, Russia, Saudi Arabia, and the rest of the of the Arab oil producing states have as much of a stake in this struggle as we do.” Bud.. who do you think is funding these non-state actors? China, Russia, Saudi Arabia, etc are all working asymmetrically against us. This statement is so mind numbingly ignorant of the current global political struggle that I’m surprised it got published here.

This is what passes for national level strategic thinking. The venerable and intelligent Gian Giap even comments at this page. You would think they would vet their authors better.

John Stewart interviewed John Yoo (the author of the Bush admin torture memos) and according to Adam Sewer at Tapped, Stewart made Yoo “look entirely reasonable”. Lost on Sewer (the irony of that last name is delicious), is the fact that outside of his liberal martini party meetings, Mr. Yoo is entirely reasonable. In his attack on Stewart, Sewer proceeds to link to numerous left wing media sites as proof that John Yoo is evil and everything that Stewart did was wrong.

Stewart allowed Yoo to claim that Abu Zubayda was the “number 3 in al-Qaeda,” a claim which is factually untrue.

The word “untrue” has this link from the liberal Washington Post.

An al-Qaeda associate captured by the CIA and subjected to harsh interrogation techniques said his jailers later told him they had mistakenly thought he was the No. 3 man in the organization’s hierarchy and a partner of Osama bin Laden, according to newly released excerpts from a 2007 hearing.

“They told me, ‘Sorry, we discover that you are not Number 3, not a partner, not even a fighter,’ ” said Abu Zubaida, speaking in broken English, according to the new transcript of a Combatant Status Review Tribunal held at the U.S. military prison in Guantanamo Bay, Cuba.

The authors are using a terrorist’s self serving quote as proof that the CIA was mistaken. In a court of law and public opinion, using the terrorist’s own statement of his innocence doesn’t pass the smell test.

Every other link Sewer provided is full of the same left wing trickeries. If they would bother to poke their heads out of the left wing echo chamber every now and then, perhaps reality might look a little more clear.

Proxy wars are nothing new. States have always used covert means to try and bring down an opponent. Ace has an interesting post about model airplanes that got me to thinking. IMO, our government is incapable of fighting to win. Government employees, the military included, are about careerism and not those antiquated notions like domination, success, victory, etc. Recently, our government made it legal for civilian companies to pursue space programs. The results have been dramatic. What if we allow civilian agencies to fight terrorist/terrorism? There should be enough experts in the field of counter-terrorism, electronic surveillance, etc that are fed up with the half-hearted efforts our government is making. We won’t win a war if we can’t kill our intractable foes. If I could start a security firm that specialized in exterminating terrorist financiers (this is probably the most important aspect for victory), I would not have to report to political appointees with an agenda. Hell, if we could find a conservative version of George Soros, we wouldn’t even have to get government funding. We’d just make it happen.

Think about the chilling affect that would have on governments that sponsor proxy wars. It is the equivalent of reciprocity. You fuck with me, I fuck with you.

Today as in the past, we allow China, Syria, Russia, Iran, Saudi Arabia, et al to attack us with impunity. Since WWII, our government has failed to win wars because they don’t have the resolve to win them. The American people do and the responsibility for winning would greatly improve if the American people were in charge.