Dino’s in the news again 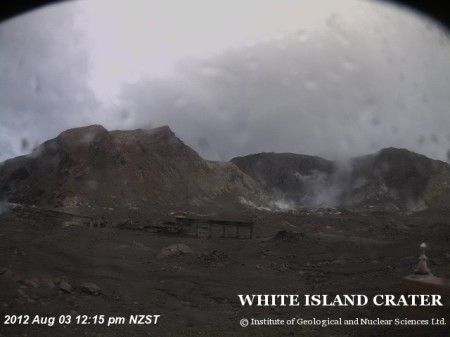 Dino on the move.

Our long term lava lookout and live reporter has been relocated. Dino who for several years was glued to a rock, has moved to his very on mount along with moving from the left to the right of the picture. Much like our voting habits. 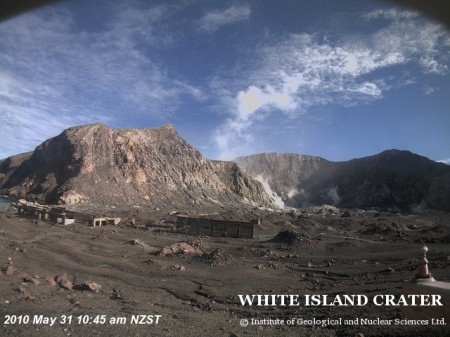 I think the entire camera may have been relocated too. Who can say. We still have no idea what glue was orgionally used.

Tsunami warning… what to do…

Civil Defence has issued a warning hmmm? Ok I’ve put on my gummies and I’m staying on the second floor of the library today…anything else? Oh yeah I’ve got a honking big mountain range between me and the splash zone, think that should cover it.

If you take a look at the map here you’ll see the problem. A swell can go racing down that big trench and just look like a ripple, when it gets to something shallow, like say the East Cape ridge you get the same effect as a wave hitting the beach, only really freaken big. The East Cape ridge goes from about 200 metres deep to 1,400 depth in about 6 seconds if you’re working the echo sounder on HMNZS Monowai just out of interest.

Lets see, I’ve got a bit over an hour and a half so I’ll get back to you with the disaster failed to happen again report shortly.

UPDATE: Apprently Tsunami Warning warning sirens are sounding on the coast and a general sense of panic is being recomended by authorities. We take you live now to out on the spot reporter Dino. If you see a picture thats all blue/green you can asume that a bad thing has happened. Dino will be staying with you while i wander off to gather supplies (a couple of meat pies and a bottle of coke should see me through I think). 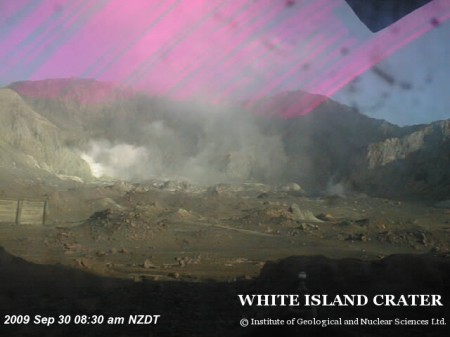 UPDATE 2: If you live in the Coramandal and are reading this: STOP and move somewhere higher now. Yes mother I’m talking to you.

Communications to Samoa are hazardous but there are reports of substantial damage and some casualties. The warning has evidently been extended to Hawaii but I have not been able to conform this yet.

UPDATE 3: Here’s a break down of arrival times.

UPDATE 4: Warning has been extended to Southland and Fiordland. Someone might like to warn the pengiuns as well by the look of it.

UPDATE 5: Warning for Hawaii has been cancelled but people are being urged to stay away from the beaches due too strong currents and large waves. We’ve got a series of waves coming at us at about 500 mph but we’re looking at about a 1 metre swell now. 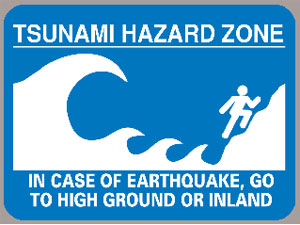 And googlemaps has featured arrival times here. People are just so HELPFUL!

UPDATE 113: Reports from various costal areas of not much noticable happening but helicopters are still buzzing up and down the cost inciting alrm and despondancy amongst the population. At least five deaths reported in Samoa. Not actually expecting much of note to take place here, although its pleasing to see Darwinism alive and well as the self appointed bullet proof are now manning the beaches giving the cops someone to move along. Let em drown guys, you can’t fight evolution.

Apparently the tide is unusually low in Tauraunga… ok, now would be a good to not be standing there looking at the low tide people.

Looking a little dusty there Dino. 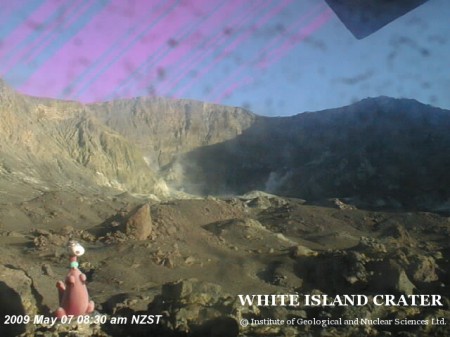 This guy has to be the worlds most dedicated dinosaur.

But some pointy headed weenie from GNS could give him a wipe down now and then.

Wont somebody think of the small purple dinosaurs pluease!!! 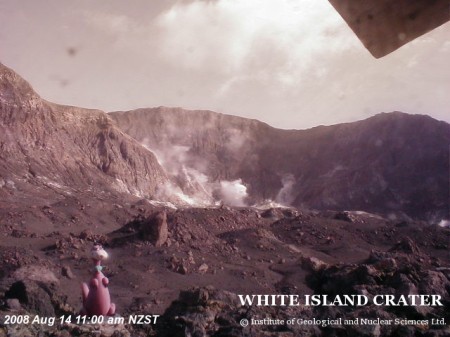 A scout from White Island Tours will be walking over the country’s most active volcano to assess any damage caused by a series of earthquakes. 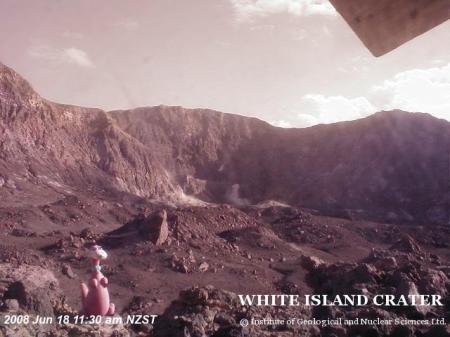 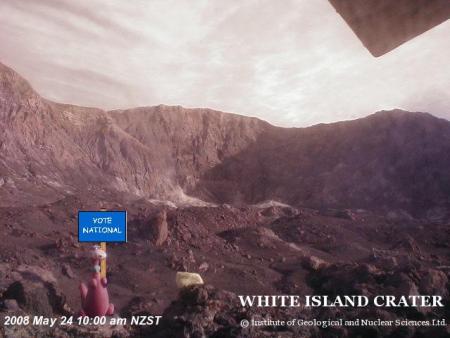 Even the smal purple dinosaur base are turning.l 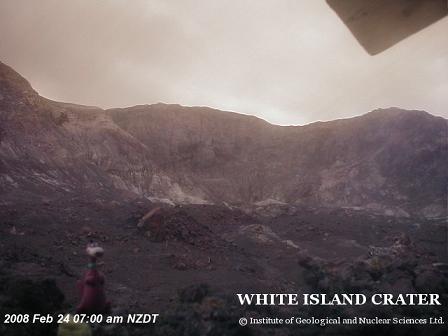 And on a lighter note…

Yep, there’s our synthetic saurian sentry sticking to his position. Clearly not a democrat. Good work that cartoon character!

Little overcast up White Island way this morning I see.

Yes the persistant purple prehistoric plastic pet is still with us.

Although we earlier reported that extintion was on the cards for the White Island watcher a check of the Dinocam shows hes still with us.

If anyone knows the idiots inovative pranksters responsible for this stunt get them to drop me a line. I NEED to know what sort of glue they used!