I have a question for Vernon Small.

In regard to your farmer hating factually devoid bash piece on the front page of the Dompost this morning, why was there not an authorisation statement telling us who approved and financed your whore piece for the Labour Party?

Not even the slightest attmept to even dusguise this utter propaganda as news Vernon. The red banner the over sized shock horror. About as subliminal as labour party press released wraped wound a brick and thrown at the forehead. Either the labour party paid you for this base abuse of your suposed journalistic ethics and you’re a whore. Or you chose to deliberately corrupt your work for free, making you a socialist slut. Which is it Vernon?

I ask merely for information.

Don’t you just love it when…

Labour hit upon a losing idea then worry it like a demented corgie? Hard on the heels of their STOP sign cluster they are now trying this little design your own social media extravaganza….

…and then the left exploded… 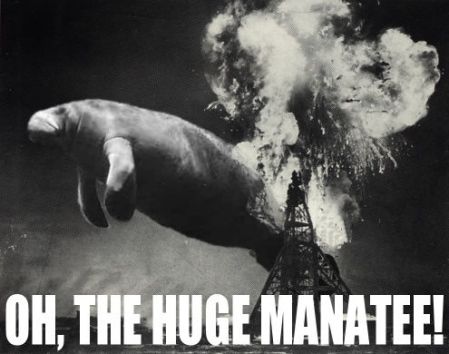 Its a mess over there on the left. Note to my stock broker: Invest in popcorn before the election.

If David Garrat read Day of the Jackel…

it might have been nice if someone had stopped Hone Harawira reading Once were Warriors.

The following text message orgionating from Phil Goff’s mobile phone has been intercepted: “iz tht all u got bitch?”

Who it was sent to remains unclear however. What could this all mean?

The most important thing about a consitutional monarchy is that I never made an oath to, or worked for anyone like Helen Clark or some Barack Hussein Obama type, I worked for HTMQ and like me she comes form a military family.

Same goes for trying to take my flag away from me. Not while my right index finger can still bend pal.

Apartheid has been introduced in New Zealand

But its “good apatheid” because its brown!

An argument has broken out in New Zealand about the meaning of a United Nations declaration the country has just signed. Maori Affairs Minister Dr Pita Sharples, a co-leader of the Maori Party, says New Zealand had decided to agree to the Declaration on the Rights of Indigenous People. Here’s how he made the announcement in New York.

Apparently not all students are demanding that they be subject to compulsory membership of their unions.. along with the forced taking of their money.

I am a third year student at Massey in Palmerston North studying History and Classical Studies.

Over the past several weeks students at Massey’s Turitea campus  have been subjected to a campaign by MUSA that amounts to a concerted and deliberate attempt to misinform students about the issues surrounding the proposed Freedom of Association Act.

From the efforts of the incumbent union students would be right to believe that the act is attempting to legislate the Student Unions out of existence. We have been told that if the bill passes it will result in an end to all the services that students now have available. At no time has the question of whether or not should students have the right to decide if they wish to become members of unions been raised in any form. We have been told that these services are essential and that the government is seeking to take them away. This is patently untrue, however it does speak to the issue of student politics.

There are two main types of student, those who are studying in order to gain a qualification in an effort improve themselves and their futures. This group is by far the majority and is seldom seen outside the campus. Secondly those who are at university to party as part of some “student experience” and invariably fail miserably in the first year. This group is seldom seen inside the campus, but frequently gets media attention. In between the two groups are a tiny subset who consciously seek a future in politics. This very small group acquires a vast amount of power in elections notable for their very low popular participation. The reality is that most students are vastly disinterested in student politics but the unions have access to a vast amounts of money without the necessity for having to answer to an electorate in any meaningful way between elections.

An example of the disinterest in student politics would be the AGM at Massey Palmerston North last year during which members of the union administration took to riding buses to offer “free subways” to anyone who would attend the AGM. The reason given for this was the need to gain sufficient numbers in order to pass their budget and pay themselves.

There is no question that a lot of the services maintained by the union are very important and of benefit to the students that require them. However there is also substantial wastage. Most students never see any benefit beyond a free pen at orientation and these students should have the right to decide if they will support other students needs with their money. Events frequently feature something “free”. The subways of the MUSA AGM for example. One of the single most expensive takeaways available. Free! Except that it was not free, it was paid for using students fees. In short students were bring bribed with their own money to vote to pay the people who were spending their money for them some fairly reasonable pay. This habit of bribing people with their own money is one of the single worst lessons a future politician can be taught. With student unions they are being taught it as the first, best and only choice for keeping the masses happy in a free for all of bread and circuses.

One of the services that the MUSA claims will be “killed” by this bill is the MUSA shop. This shop has a virtual monopoly and has the single highest prices in Palmerston North on a many of its items. If we are to believe the union then we must accept that this shop requires ongoing funding to operate as it is not making enough to break even. Frankly given its position, the lack of competition and its pricing, if it is not making money then it is being incompetently run. Any commercial operation would jump at the opportunity to run a business it that position. So either the union is being dishonest as a measure of their desperation not to give student the chance to choose not to support them, or they are acknowledging that they are not competent administrators.

The problem with student unions is that there a political dinosaur, they operate as virtually a one party system in an enclosed environment with their funding assured regardless of their performance.  The student unions position is self contradictory and they clearly have no confidence in the veracity of many of their assertions. Their unwillingness to expose themselves to any real level of accountability is very unsettling. At this point MUSA has put no discernable effort into evaluating how many students would join voluntarily or how they might operate with a reduced budget. They have run an all or nothing scaremongering campaign that in itself makes me question their fitness to be given control of a substantial amount of other people’s money and this system must be changed.

If this bill becomes law it will require student unions to first sell themselves to students. It will secondly require them to spend other people’s money with greater care. Many of the services they provide that are not actually essential or even particularly desirable will go. Our future politicians will learn that it is essential to have the support of the people they represent in order to operate. They will be forced to function efficiently. They will be forced to be accountable more than once each year in a vague who is popular today process.  If the student unions object to being forced to operate in this way, I would point out that I am forced to give them my money and to accept them doing things in my name that I may or may not approve of while they decide who or what to spend my money on.

It is possible that given the choice to be a member of the student union I would do so. However that union would have to sell themselves to me before I made such a choice.  This would be more in keeping with the freedoms the people of New Zealand have earned.

Consequently this bill must be passed into law to end a large group of New Zealanders being compelled to support organisations financially, regardless of their own wishes. The additional benefits as detailed make it desirable as well.

What I have addressed with this submission are the benefits to how student unions will operate. In the future. It does not even touch on the issue of freedom of association itself, which is my right under the New Zealand Bill of Rights Act.  I have not addressed that issue because the unions defiance of it is so obviously unacceptable that to do so would lend dignity to unions position. It has none, they violate the Bill of Rights Acts by forcibly taking money from me and acting in my name without my consent.

If as a by-product we can produce politicians with a better grasp of fiscal and community responsibility that would simply be a bonus.

Tau the Muss gets bitchslapped.

Cook her some fucking eggs Tau!

Kates right though, MP’s shouldn’t be allowed to use facebook without their staff helping them. It can lead to us getting the right impression of them.

I do not respect you because you are an idiot. It has absolutely nothing to do with your race. If you were the same race as I am and stupid I would be even harder on you. So count yourself lucky.