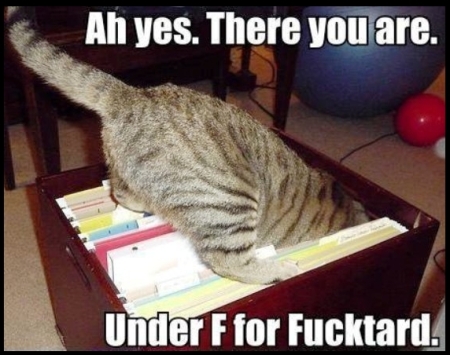 Special treat for the liberal dickwad who called me racist based on my not being a fan of race based politics… even though I’m part Maori. Eat logic error numbnuts.

Today on ABC Oz you can hear DPF and the head of Te Papa giving their thoughts on the Te Papas ban on women who are pregnant or menstrating from an exhibit for culteral sensitivity reasons.

Keep in mind this organisations culteral sensitivity benchmark is a madona in a condom. BTW the interviewer is an actual journalist so no one gets a free pass. Wouldn’t mind seeing that in NZ.

Something to consider: We lynch Paul Henry for asking the PM if the next GG will sound like a New Zelander because its “racist”.

We think a gps outfit holding auditions to find a voice that sounds like a typical New Zealander to be minor fluff in the news.

We applogise to India for being bad white racists and culteral insensitivity.

We accept that Indians buring a New Zealander in efigy for pointing out their games village is shit to be perfectly ok  given its culteral context.

We accept that a pair of Indians trying to stage an electoral coups through fraud to be their actions that in no way frelect on their nationality.

Not all FALO’s can be funny.

We’ve been cutting the heads off our enemies on Christmas day since before there was a Christmas day.  Civilisation doesn’t mean being civil in battle either, it means being a biggest bastard there and making the bad people too shit scared to even look at us sideways. Suck it up.

You don’t like a kukri haircut then don’t fuck with Gurkahs. Give the man a medal for intiative and coolness under fire. I’d share a hole with him.

And as an aside to the wet pants author of this aleged bit of journalism from someone who has worked with the Ghurkahs, there is now and never been ANYTHING ceremonial about their knives. They are a working part of their kit just like their rifles.

Someone tell me where to send this guy his beer.

UPDATE: For absolutely NO reason whatsoever I’ll just casually mention that I have never recieved any sponsorship for my ancient artillery research from any Candaian Infantry regiment. Meanwhile the Cavalry have funded one of only 7 stone throwing ballistae in the world today. Just saying.

A little different this week. I’m just going to pluck this a bit for the hell of it.

After months of increasingly fractious debate, the 15-member school board of Texas is expected today to approve more than 100 pages of new guidelines governing the teaching of social studies. They changes cover everything from Cold War history to the “correct” interpretation of the US Constitution. (Which would be a nice departure from the very dubious interpretation that the current administration has.)The proposed rules stipulate, among other things, that Republican superstar Ronald Reagan should be added to a list of “great Americans”. (He is, whats your damn point?) Country music can be described as an important cultural movement, but hip-hop can’t. (And…) And speeches by Jefferson Davis, the slave-owning president of the Confederacy, should be taught alongside those of Abraham Lincoln. (Which they bloody well should be if you are going to evaluate the American Civil War with any CONTEXT! Abe Lincoln used the constitution like his own personal arse paper.)

You see to liberals these untruths are held to be self evident, that capitalism and conservatives are bad and everyone has the right to stfu and do what Sean Penn tells them to do. Some of the other shit is dodgey as hell, but no more som  than the hysterical leftwing reaction to it. for a start I’d like to see some evidence of American “imperialism” and any school that already taught something like that wouldn’t be getting an oportunity to mess with anything from my gene pool.

Either way the absolute smug left wing hysteria is the real show in this story.

Well is it a boycott or isn’t it?

If you have the courage of your convictions then you can’t be selective about what items you do and boycott.

You see California has decided to declare economic war on Arizona for daring to decide to enforce their own laws. Unfortunately they didn’t check their arsenal before they decided to cry havock and let slip the chequebooks of war.

The power for LA comes from Arizona and they’ve been asked if they’d like to renegotiate their contracts. Just doing it during daylight hours because the fine print might be a bit tricky to read in the dark. Not that California is a model of economic success on a good day anyway.

As God asked Noah, “how long can you tread water?”

The age of deferred responsibility.

Many years ago when the earths crust was cooling and I was in high school one of our classmates drank himself to death.

As a result of this the rest of us worked out that drinking an entire bottle of spirits by yourself is a dangerous thing to do. In fact most of us had managed to arrive at that point intutively. We also thought he was dick. Seriously we thought he died because he was stupid, a loner and complete tool. Sure there was an assembly, but not having the benefits of facebook and a liberal indoctrination we didn’t revel in the death and in reality forgot him pretty quickly except as a cautionary tale.

However in these kinder benevolent days of not smaking children and letting them stab teachers without consequences you can blame anyone for anything, EXCEPT those responsible. It is now John Keys fault that we have a teen drinking problem. Not the result of decades of social engineering in which young people are given “rights” without reposnibility. Not the result of privilage without consequence, but in fact an issue of government legislation.

The first time that a group thought it could legislate social eutopia we saw a fun little thing in France called “The Terror” because a bunch of lawyers though they could litterally legilaste human nature. This has been proven untrue as many times as chnaging behavior by force has been proven true. It is past time that we sought to blame almost anyone that isn’t responsible and lay it those that actually had some input into the decision. I understand the families desire to find someone to blame, someone not them or their son. However they are misguided, the young man made the decision to drink, his choice. You as his family had the greatest input into shaping his decision making process as my parents had over me. I never drank myself to death. i call it a win for my parents child raising skills and give no credit to the governments of my youth.

Start looking a little closer to home. The people who can and should learn from this are parents, not politicans.

And on the matter of the teacher stabbing I note that some teachers are seeking to blame media violence. Interesting, some of the most horrific media violence in our history was during and shortly after the second world war. when we had out lowest incidence of youth violence. In my time i grew up with Viet Nam as the lead item in the 6 o’clock news. We were pussies compared to the youth of today. Our parents, bother generations, took the time to raise us though. Could be something there do you think?

Don’t worry its only “symbolic”.

The man accused of selling fake passports to Pacific Island overstayers says he will be using the recently-signed United Nations Declaration of the Rights of Indigenous Peoples in his defence.

So… not actually symbolic if its being used as a defence to defraud people I’d say. on another note…

“The Treaty of Waitangi to us is the immigration document that allowed white settlers to come to New Zealand.”

Then I sugest you try READING it noddy. I don’t need your fucking permission to live here you Taiwanese import, I’m a native and you’re no more “indigenous” than I am. Get the fuck over yourselves and start living in the 21st century. We’ve ended your stone age existance and it aint coming back.

Apartheid has been introduced in New Zealand

But its “good apatheid” because its brown!

An argument has broken out in New Zealand about the meaning of a United Nations declaration the country has just signed. Maori Affairs Minister Dr Pita Sharples, a co-leader of the Maori Party, says New Zealand had decided to agree to the Declaration on the Rights of Indigenous People. Here’s how he made the announcement in New York.