This is the answer to the question:

Assuming the question is : Why did you leave the regular force? Because for the armoured corps the choice was here or Tekapo.  We had a saying Waiouru, If you can see the mountain its going to rain. If you can’t see the mountain its already raining. Yeah thats some real army beer-n-boredom induced poetry going on there.

But moving along. See that line in the sky, thats the edge of the clouds, also the training area. I kid you not. Wait I’ll show you.

And there we go. To the right, National Park, To the Left Army Training Group Waiberia.

And this is where I ended up. Actually I’m not saying where yet, but it is now the home of the 22AD Catapult Collection and associated activities.

Anyway the scenery is nice don’t you think?

not sure thats going to work now though.

Mans best friend… “mans”, are you a man kid?

Died while protecting his handler and in the service of his country.

In memory of a little cat who was ready to be anyones friend… or kick your ass if you weren’t. 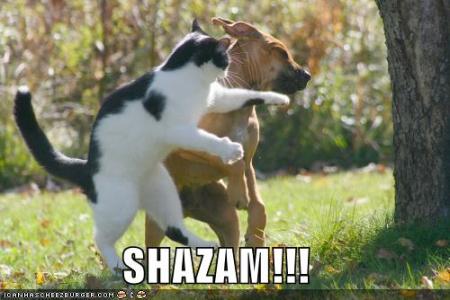 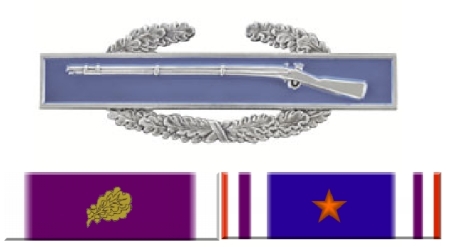 Pestilence was a small cat with a huge heart. She always assumed that everyone she met was going to be her friend. Our first meeting was the day Jess and I moved into a flat behind where she lived and this little bundle of friendliness came bounding up to say hello. In usually anti-social manner Jess hissed and spat at her which was virtually sociable for her. I said hello and suggested she might like to avoid our place. As always she decided to do whatever the hell she wanted to do and when her people left her unfed while on holiday for two weeks one Christmas she just camped out at my back door until I fed her. It’s not in my nature to let an animal starve to death for the sake of 50 cents worth of jellymeat.  She was actually so underfed that I took for being about 9 months old until I recognised her.

After a week of that I finally gave up and let her in the house much to the disgust of Princess Jessica. It was at that point that I accepted responsibility for her and accepted that she was a member of my family. Her previous people came and got her five times before they worked out that she did not live with them anymore. I did nothing to encourage her to stay with me, nor did I do anything to discourage her. As far as I’m concerned cats are capable of making their own decisions and Pest had made hers. She immediately took possession of all she surveyed that Jess allowed her and then proceeded to kick the ass of her much larger brother who had beaten her up at home. She never bothered to weigh the odds before taking on anything that had failed to invitation to be a friend.

For eight years she chose to stay with me and regardless of how many times we moved or what new people she met, which was many for this extrovert, she never showed the slightest interest in moving on. I am fully aware that I’m not really the nicest person in the world and I have an almost unlimited capacity for not being able to get on with people. So being chosen as a suitable family by this little cat was particularly important to me.

I made sure that I never suppressed her courageous spirit and always allowed her to come and go as she pleased. She was kidnapped twice and at one point it seems someone made a fairly good deliberate attempt to kill her. In spite of serous head trauma and a suspected concussion she managed to get herself back home the next day after I had spent the night looking for her. On the occasions that I had failed to leave a ground floor window open she simply jumped from the second story so she could go visiting. Then coming home at dinner time to demand that I open the window that never should have been closed in the first place. Only she ever knew exactly what adventures she had experienced, but the evidence is she used up her nine lives on a regular basis and just started the clock again.

Earlier this week she disappeared and as I have long expected that she was destined to die by misadventure I was near certain that she was gone for good. It is a measure of her outgoing nature that the neighbours on both side of me asked where she was as they were both used to her visiting every day for second and third breakfast. Regardless of who she visited during the day she was always waiting on the drive for me at dinner time. If I went to the shops she would trot along behind me then wait on one side of the road for me to come back. If I was in the house she sat where she could see me and was against this showering thing but felt the need to oversee it anyway. For the time she was missing I would look for her on the driveway, then whistle for her. I would wake up several times during the night and she wouldn’t be on her blanket next to my head so I would go out and look for her. It was intolerable to me that she was gone without a chance to say goodbye and to maintain my part of the deal that I would take care of her. I spent two nights and three days looking for her and if I asked anything of the gods I asked for her return in whatever state.

In fact she turned up at the SPCA after having been mistaken by a random do-gooder of being a stray. She was happy to be home by it was clear she was not well and the stress of the three days in a cage had left her dehydrated as well as being withdrawn. This aggravated the other health issues of an older cat and this morning I was required to make the decision that is the inevitable result of opening your door to a single minded cat and allowing her to become family. She died quietly, still purring while I held her just after midday today.

I am sad that my small friend is gone but I am very happy that she got to come home again before she died and that I was her when she passed as I had promised her would be eight years ago. I won’t be looking for her on the driveway when I come home any more, I will wake because she not next to me, but I won’t go looking for her. I know where she is now and I am satisfied.

The last member of my small family wasn’t waiting for me on the drive when I got home last night. As of this morning she had still not appeared and since the food at the back door hadn’t been touched its likely something happened to her early yesterday. The only other time she disappeared like this someone had given her a severe head injury and her right eye never stopped weeping after that. She’s actually very attached to me and follows me to the shops as well as being bolted to me about the house. So staying out all night is not a feature. In fact last night was the first time in nearly twenty years there wasn’t a cat on my bed to wake me up at 5am and demand food.

She has always been far too adventurous and friendly for her own good and was never destined to pass of old age. I’ll be doing a mail drop tonight but I don’t honestly expect to see her again. She wandered in staving one Christmas when her family went on holiday and the person who was suposed to feed her forgot. They came and got her five times before they worked out she didn’t live with them anymore and I’m not one to waste my time fighting the will of a cat who has decided to live with me.  Since then she has never missed a meal or gone without attention. For a small cat she leaves a large hole.

This just in from West Virginia… 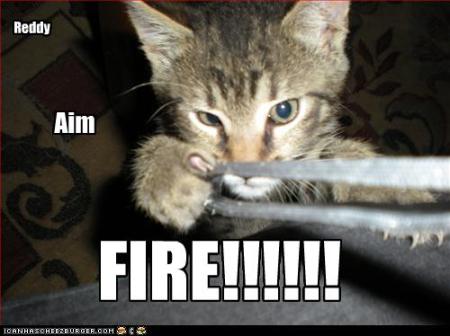 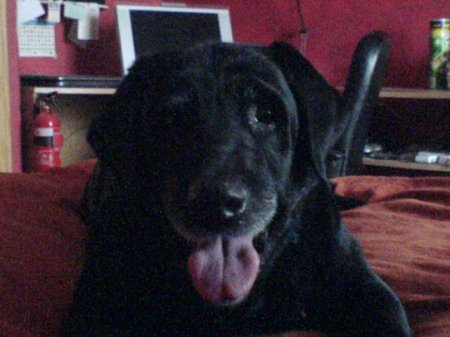 Yeah I’ve seen THAT look before.